Location: Tweedsmuir (Borders) - The Giant's Stones
Type: Legend
Date / Time: Still present
Further Comments: These stones mark the final battle between Jack the giant killer and one of his mortal foes - they managed to kill each other in the fight. The body of either Jack or the giant lies under one of the stones.

Location: Upper Lambourn (Oxfordshire) - Hangman's Stone
Type: Haunting Manifestation
Date / Time: Unknown
Further Comments: A sheep stealer received his comeuppance as he rested on this stone - the cord that he used to lead this stolen sheep wrapped around his neck as he slept, strangling him. The man's phantom is said to walk the area.

Location: Vale (Guernsey) - L'Ancresse Bay - large stone (no longer standing)
Type: Curse
Date / Time: Unknown - pre twentieth century
Further Comments: Despite dire warnings from locals, Mr Hocart of Belval had workers cut this former monolith into stone for his new house. The day the building work had finished, a fire broke out, killing two servants. Two ships which carried spare stone to the UK sank within the year, and even though Hocart moved into a second house to Alderney, the fire curse followed him, destroying that dwelling also. Hocart finally returned to Guernsey, but just prior to landing, some rigging fell and landed on his head, killing him instantly.

Location: Verwood (Dorset) - The Verwood Stone (aka Hoarstone, aka Stephen's Stone)
Type: Legend
Date / Time: Stone still present
Further Comments: Under this stone is said to be a golden container. A large black bird protected the treasure, scaring away any tomb raiders. There have been reports of unnatural cold spots in the area.

Location: Walton Hill (Fife) - Stone on a roadside close to a farmhouse
Type: Legend - Old Nick
Date / Time: Still present?
Further Comments: Satan and Samson had a stone throwing contest. The Devil's stone landed on the roadside, while Samson's travelled further, shattered on impact and the rubble used to make a barn. 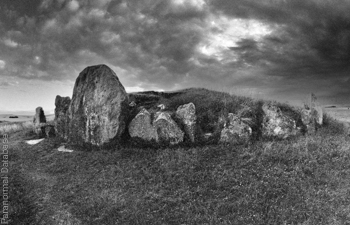 Location: West Kennet (Wiltshire) - Long Barrow
Type: Shuck
Date / Time: 23 June (or Midsummer Eve), sunrise (reoccurring). Encounters in 1995 and 1996
Further Comments: Appearing to mark the start of the longest day of the year, this pale hound has been observed at sunrise. Some reports say the dog is accompanied by a ghostly druid. In 1995 a witness heard an almost unbearable high-pitched sound before observing a Neolithic man emerge from the barrow and walk away. The witness was terrified and fled. An experience in 1996 resulted in a witness feeling as if they had hit an invisible wall and something was trying to push them out, and they later read of someone four years earlier who had been grabbed by invisible hands.

Location: Westleton (Suffolk) - St Peter's Church
Type: Legend
Date / Time: Still present
Further Comments: Standing by the chancel door, this stone is said to be used to summon the ghost of a witch. Any object placed in a hole in the wall above the stone would vanish after the owner ran around the church seven times, and the chinking of chains would echo around the area. Legend has it that grass will not grow in the area.

Location: Wigtown (Dumfries and Galloway) - Torhouse Stone Circle
Type: Legend
Date / Time: Still present
Further Comments: The final resting place of King Galdus is thought to be under one of these large stones.

Location: Winceby (Lincolnshire) - Boulder near area known as Slash Hollow
Type: Legend - Old Nick
Date / Time: Moved to the side of the field in 1970
Further Comments: The stone was finally buried by a farmer, who dug a hole next to the boulder and pushed it in. A failed previous attempt had resulted in the Devil appearing who scratched the stone with his claws. The stone was believed to have been placed on top of treasure, however when the stone was finally moved to one said, no treasure (or Devil) was found.

Location: Winsford (Somerset) - Winsford Hill
Type: Haunting Manifestation
Date / Time: Unknown
Further Comments: The wagon that haunts this spot was supposedly crushed as its owner tried to move aside the heavy monolith located here, to steal the treasure beneath.

Location: Winterborne Abbas (Dorset) - Nine Stones (stone circle)
Type: Legend - Old Nick
Date / Time: Still present
Further Comments: The stones are said to be either children (or maidens) who were petrified for dancing on the Sabbath, or the Devil, his wife, and his children.

Location: Wroot (Yorkshire) - Thumb Stone and Little Finger Stone (no longer present?)
Type: Curse
Date / Time: Unknown
Further Comments: These two boulders were thrown into position by William, the local giant and wizard. A farmer who tried to move one using six horses failed to do so, and all the horses died shortly after their attempt - it became known that to mess with the stones was unlucky.

Location: Zennor (Cornwall) - General area of Trewa (aka Trewey)
Type: Legend
Date / Time: 23 June (or Midsummer Eve) (reoccurring), although activity ceased 1800s
Further Comments: Robert Hunt wrote that once a year the entire local witch population would meet in Trewa and travel around the surrounding area to light fires on all monoliths and standing stones in the area. One stone was known as the Witches Stone and anyone who touched it nine times at midnight was warded against ill-luck. The stone was removed at some point in the nineteenth century. 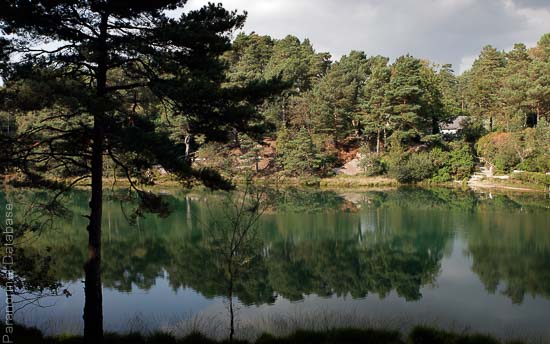 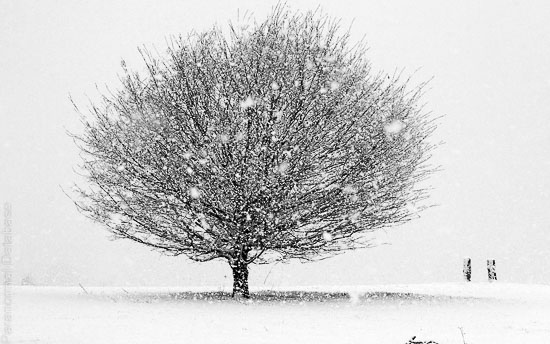 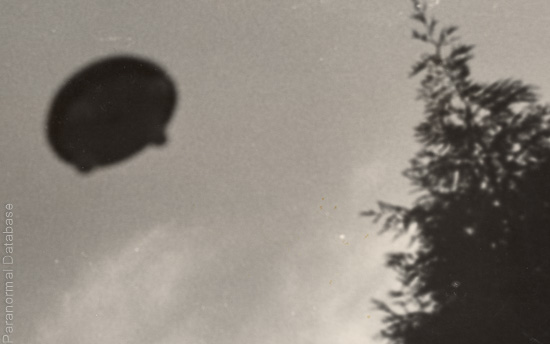 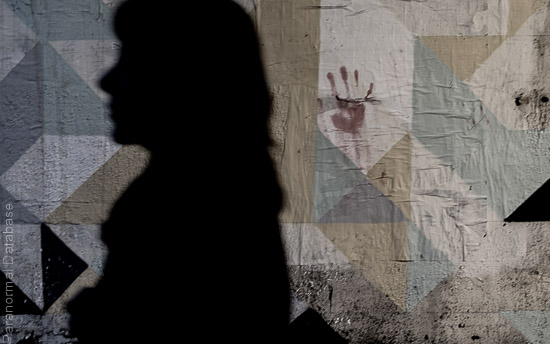 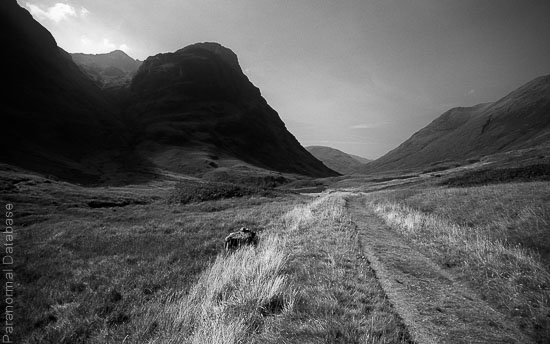